The Falcon and the Snowman (1985) John Schlesinger adapts this true espionage story, based on the book by Robert Lindsey and screenplay by Stephen Zaillian. Timothy Hutton plays Christopher Boyce, who uncovers CIA projects to destabilize and depose Prime Minister Gough Whitlam of Australia. Using his friend, a drug dealer Daulton Lee, played by Sean Penn, he begins to sell secrets to KGB agents in Mexico. Not covered in this film were Boyce’s subsequent escape from jail, 17 bank robberies, and eventual recapture. In September 2002, Christopher Boyce obtained release from prison and wrote his own book, American Sons: The Untold Story of the Falcon and the Snowman. At the time of its publication, Boyce expressed his support for the actions taken by Edward Snowden. In the movie, Boyce says, “I know a thing or two about predatory behavior, and what once was a legitimate intelligence agency is now being used on weaker governments.”

“And I have learned, too, the danger that comes in mistaking the wildness we give a thing for the wildness that animates it. Goshawks are things of death and blood and gore, but they are not excuses for atrocities. Their inhumanity is to be treasured because what they do has nothing to do with us at all.” – Helen Macdonald, “H Is for Hawk.” [275]

The falcon is not the falconer.

The falconer feels one with the kill

But is not in control 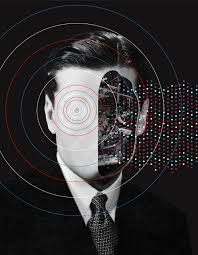 Of beak and claw and laser eyes.

The falconer nestles among spooks,

On passports for money laundering.

The raptor is enraptured with flight,

Emblems of power on currency

To ransom hospitals from mercenaries.

The falconer is not the falcon,

Nor is the falcon his message, bent