Cronos (1993) Guillermo del Toro’s first gothic masterpiece studies the relationship between a grandfather and his granddaughter through a surreal allegory about immortality and the limits of life on earth. Federico Luppi gives a stunning performance as the elderly antiques dealer who discovers a treasure that rejuvenates his blood and turns him younger. But there is a cruel price he has to pay to stay alive.

Powered by a giant water wheel

And crowned by an armillary sphere

For observing positions of the stars.

Had an astrolabe dial, displaying And a wheel of fortune for the tides In his Ohio mansion backyard

To fuel his electrical power

And keep his industrial clocks in order.

Inside the archaeological scarab

Is the roach that promises immortality

Is a form of Aztec vampirism.

What thins the blood keeps a flow

Tidal beneath the cheating moon.

The sundial scythes its shadow 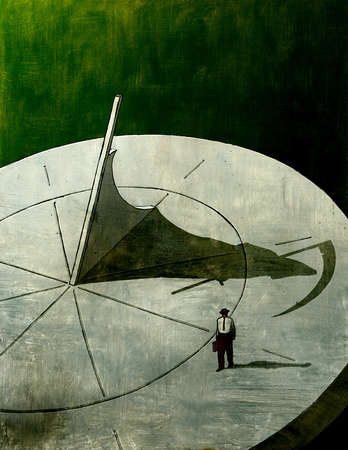 Of death across white marble.

Hidden inside is a time capsule

That nostalgia has beatified.