Faster, Pussycat! Kill! Kill! (1965) A comedy of terror normally associated with Harold Pinter plays fuels the brilliant dialogue of Jack Moran’s screenplay in this Russ Meyer exploitation film that caters to America’s worst fears about female gangs. Go-Go girls on the loose from their Pussycat strip club in Van Nuys, California, cruise the desert where they murder a young man and kidnap his date. At a nearby gas station they learn about hidden cash in a disabled old man’s nearby ranch and decide to rob him and his hunk of a son, whom they call “The Vegetable” because of his mental slowness. Mayhem ensues. Tura Satana, a Japanese-American exotic dancer who, because gang-raped before ten years old, studied aikido and karate, takes the commanding butch role, in her own makeup, clothing, personal stunts, and language. “She and I made the movie,” Russ Meyer said. 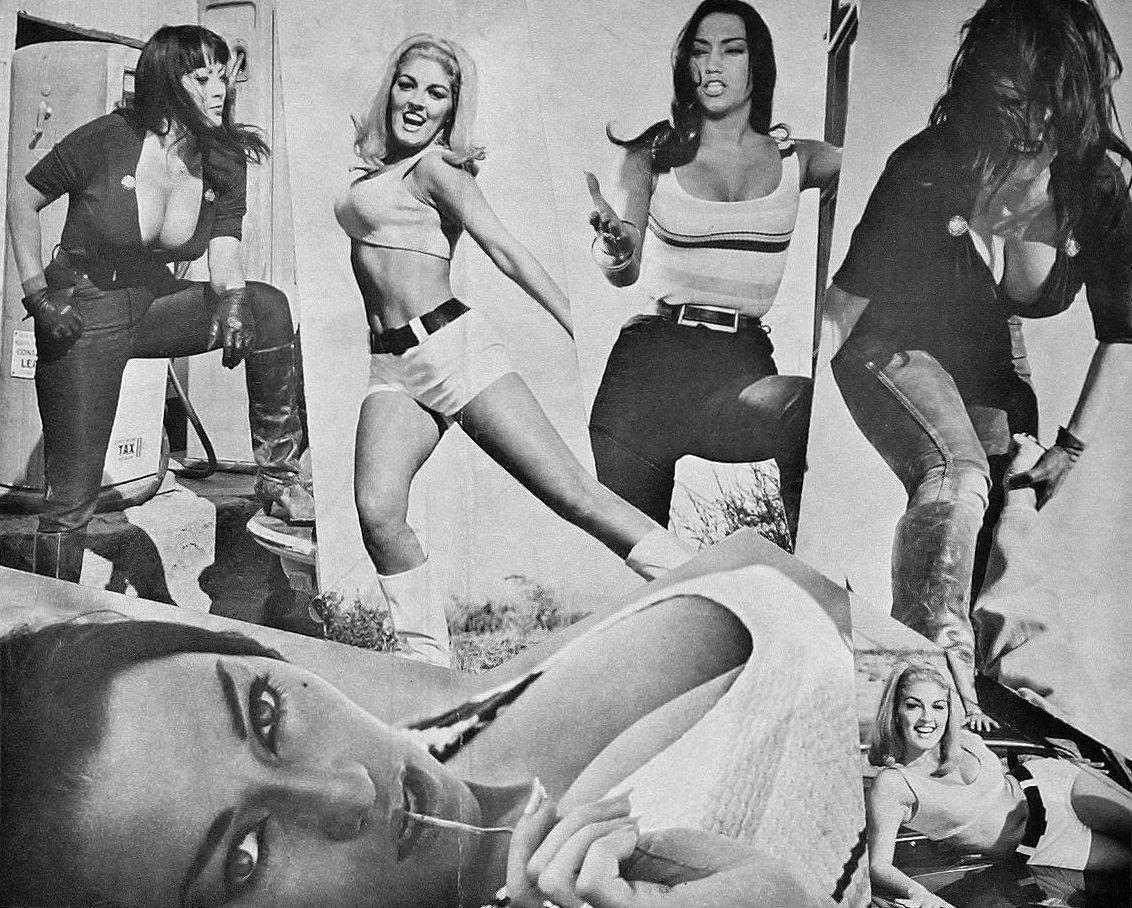 Allegiance by tattoo and martial arts.

‘The unmistakable smell of female” sweats

For psycho killers who pervert.

Carve new orders from the dictated.

Out for kicks, drag racing, drugs,

The only dissention among these thugs

Is who is master and who is slave.

They crowd their newbie in her mud,

Flashing falsies against a g-string.

Burlesque’s a tease of bold bravura

But life is nothing without Tura

When her karate chops prevail.