Cotton Comes to Harlem (1970) Ossie Davis wound up co-writing this adaptation of Chester Himes’ famous noir, and then was talked into directing what became one of the early “blaxploitation” movies. Nobody takes the action seriously, except perhaps Raymond St. Jacques as Coffin Ed Johnson and Godfrey Cambridge as his NYPD partner Gravedigger Jones. Their car chase through Harlem has hilarious street scenes on the periphery. Cleavon Little combines Marcus Garvey preaching with James Brown suits, and when Redd Foxx shows up as a trash collector, you know the mockery of stereotypes lies at the heart of this picture. Where else can you see a white cop with a paper bag on his head run naked down an apartment hallway?

Welcome to the myth of Harlem,

Where Simple leans out of his window

Checking the street, cleaning his rifle.

If you take the A Train, make sure

The needles are clean, and the dealer

From the Great Migration, there

To be recognized before fleeing the country.

Ask Jimmy if he ever fit in.

Ask Zou-Zou where her bananas came from.

Ask the Duke why Billy Strayhorn had to hide. 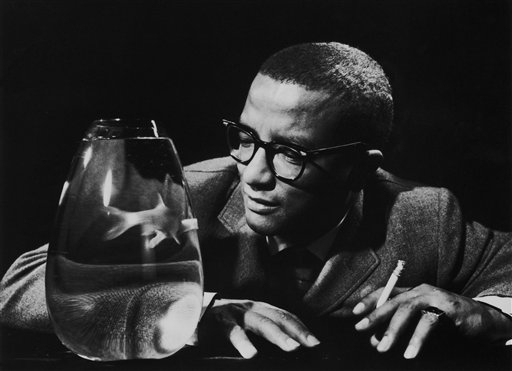 Cotton up some reparations!

Most days, there’s nowhere to go but the stoop —

Your business is everybody’s business