Cry, the Beloved Country (1995) Darrell Roodt, a South African director, brings James Earl Jones and Richard Harris together in this very faithful adaptation of Alan Paton’s groundbreaking novel against apartheid. This stunning narrative, that addresses issues of social injustice and capital punishment, has been adapted into several films and plays, most notably Maxwell Anderson and Kurt Weill’s musical “Lost in the Stars” (1949).

While China slowly sliced up each victim; 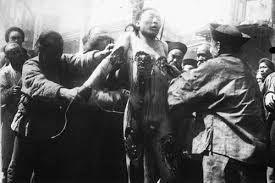 Who cried out, “More Weight,” but did not endure,

While his words remained accusatory.

A friend of mine, given a front row seat,

The easiest way is to give the crowd

Rocks and let honor killing do its job. 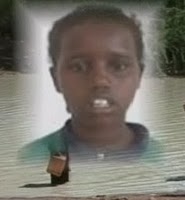 Down a hole, her head bludgeoned by a mob.

How hard it is for States to discover

A merciful method for punishment: 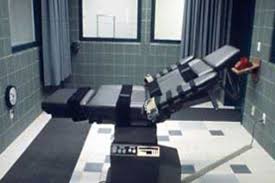 Apartheid’s invisible to the eye —

To the white eye, but not to the black

Young men who continue to occupy

American prisons, with no way back.

Raised between pawnshop or sweatshop,

Either you go to jail or get shot by a cop.