Les Parents Terribles (1948) Jean Cocteau adapted his successful play to film, keeping the original cast and emphasizing the claustrophobia of the set, to enhance a mother’s obsession for her son within a family dynamic of resentment and betrayal. Yvonne de Bray is formidable as the Intimidating, spoiled matriarch, and Jean Marais coils into her lap as an overprotected, spoiled child. What a revelation is this recreation of a theatrical melodrama that often tumbles into farce.

Kronos devoured his many children, 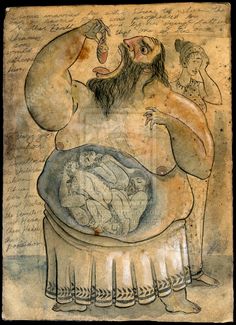 And some families do the same, mother

Slicing fat from ham to feed her armed men

Who stink of slaughter and hard labor.

Stranger than equine combined with the mange

Mother knows best whom her son should desire

And uses needle and thread to weave fate,

So when the lace bridal veil catches fire,

There’s no doubt who with whom will copulate.

The son must fight back to keep his breath,

Or else he will be mothered to death.